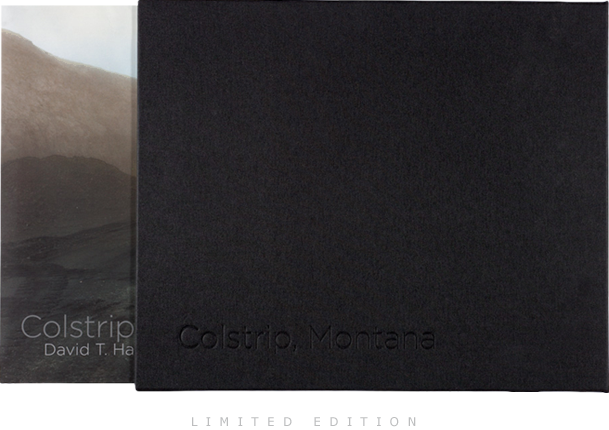 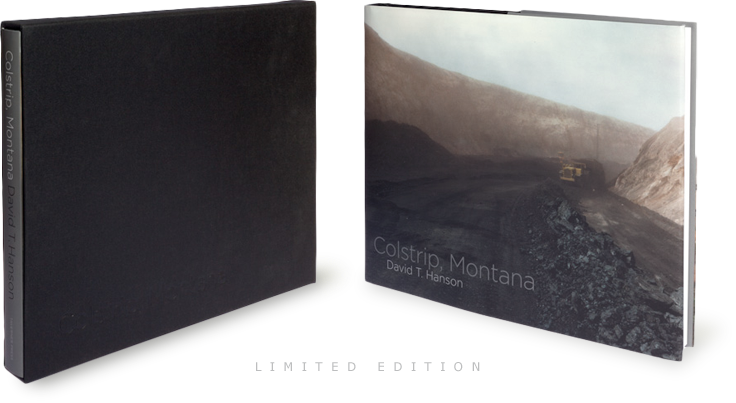 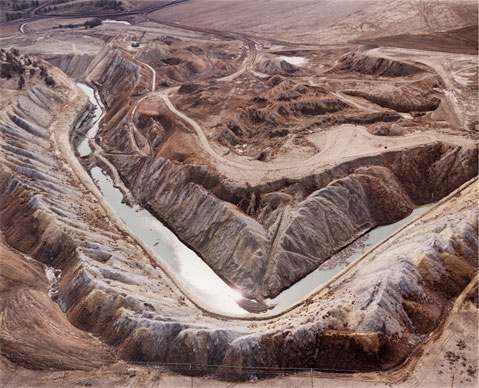 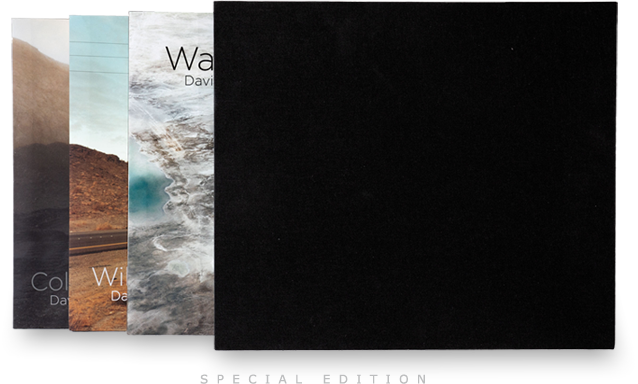 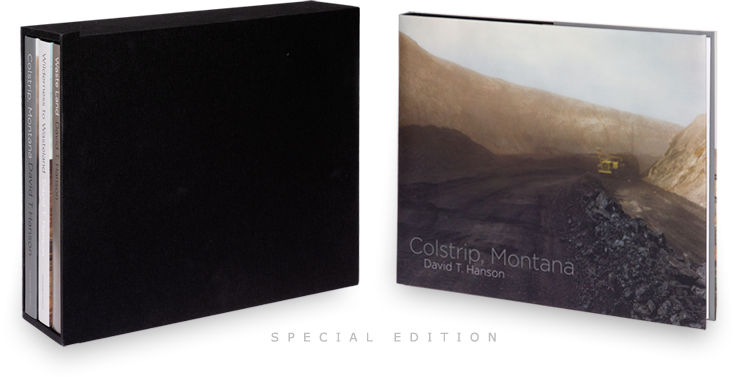 Selections
from
the book
Click on
an image
to enlarge

David T. Hanson’s photographs of the coal-mining town of Colstrip, Montana, and the ruined landscape around it were exhibited by John Szarkowski at The Museum of Modern Art in New York in 1986. The work signaled a shift in American landscape photography from the cool modernism of the New Topographics. One of Hanson’s aerial views of a waste pond looked like “a second-generation Abstract Expressionist canvas painted in acid,” noted New York Times critic Vicki Goldberg.

The interaction of humans and their technology with nature is a subject that has been of particular interest to American artists and is inseparable from our shared heritage in the taming of the wilderness. The historian Leo Marx referred to this theme as “the machine in the garden.” In Colstrip, Montana, the process is seen at its endpoint. The machine has ravaged, even consumed, the garden. The pictures are tragic reflections of a despoiled environment.

Individual images from this series have been widely exhibited and published, but the entire sequence was only rarely seen. For this publication, Hanson has added twenty-one images never shown before and has re-sequenced the series. Although the photographs were made in the early nineteen-eighties, they are perhaps even more relevant today, given growing concerns about energy production, environmental degradation, and climate change.

David T. Hanson, Colstrip, Montana
This special edition of Colstrip, Montana is limited to 60 signed and numbered copies, presented in a custom cloth-wrapped slipcase and accompanied by an original photograph (9.5” x 11.5”) by David T. Hanson: Strip mine, spoil piles, and intersected water table, 1985 (signed, dated, and editioned on verso), print housed in a vellum sleeve.

This special edition is comprised of signed and numbered copies of Colstrip, Montana; Wilderness to Wasteland; and Waste Land presented in a custom cloth-wrapped slipcase in an edition of 50.

For orders by mail and international orders, please contact us at orders@tavernerpress.com

No refunds, returns or exchanges on all orders.